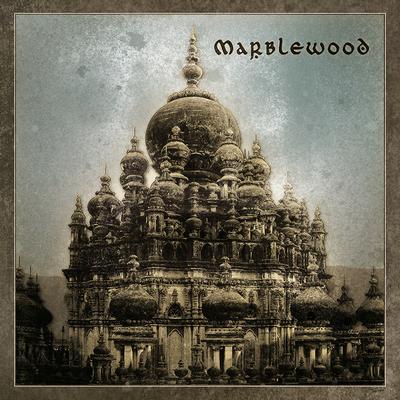 Marblewood are the Swiss trio of Marc Walser on guitar and vocals, Ariane Bertogg on bass, and David Zurbuchen on drums, with guests adding dilruba and esraj (Indian stringed instruments) and heavy duty organ. Walser and Bertogg were previously in the heavy Psych rock band Ginger and Marblewood’s music is not dramatically different from that band, being heavily 70s influenced. The album consists of 6 tracks, ranging from 8 – 21 minutes, making for a full 70 minute set.

Kailish starts off in Stoner Rock mode with slow but passionate guitar leads. After a couple minutes of song segment the band go into a Hard Rock but still stoned guitar solo jam. After a couple more minutes the rhythm section and organ go into a high energy Santana inspired groove jam, soon shifting to a Deep Purple/Uriah Heep theme, before returning to the opening Stoner song motif. Hit The Brakes features heavy driving Purple/Heep Hard Rock with killer dueling guitar and organ leads. But the song portion and the closing jam are soulful, with an underlying quiet tension and a steamy Psych lead from Walser. Splendour goes in a different direction, creating a strained, droning, Eastern tinged Psychedelic vibe, though it has a lurking Rock groove. The vocals from guest singer Sarah Weibel provide an interesting contrast to the Psychedelia, though the pace eventually picks up as the rhythm section starts to rock out and Walser goes into a whirling devish solo, accompanied by the Indian instruments and power drumming. Silence is another soulfully rocking tune with extended jams that include swoon inducing organ and monster wah’d guitar leads. Postwar Apocalypse is a heavy Prog-Psych epic that opens with a doomy but rockin’ Stoner vibe that perfectly fits the song title. The guitar has a cool dirty sound that reminds me of Stefan from Colour Haze. I love the way the music zigzags between intense Hard Psych, Jazz bits, and Funk grooves. It’s quite a ride and easily my favorite track of the set. Finally, In The Beginning is a 21 minute freeform jam that makes for a potent close to the set. After an extended atmospheric buildup, the band let their hair down and segue through a parade of 70s styled Rock, including cool grooving Funk-Psych, Psychedelic Santana, Prog infused Hard Rock, and more. If you want a guitar and organ overdose this sucker fits the bill. It reminded me a lot of the German band Space Debris. If you like 70s influenced heavy Prog and Psych inspired Hard Rock you’ll surely dig Marblewood.

For more information on the band and purchasing the CD or LP, visit the Marblewood web site at: http://marblewood.net
Note that the digital version of the album can be downloaded for free.