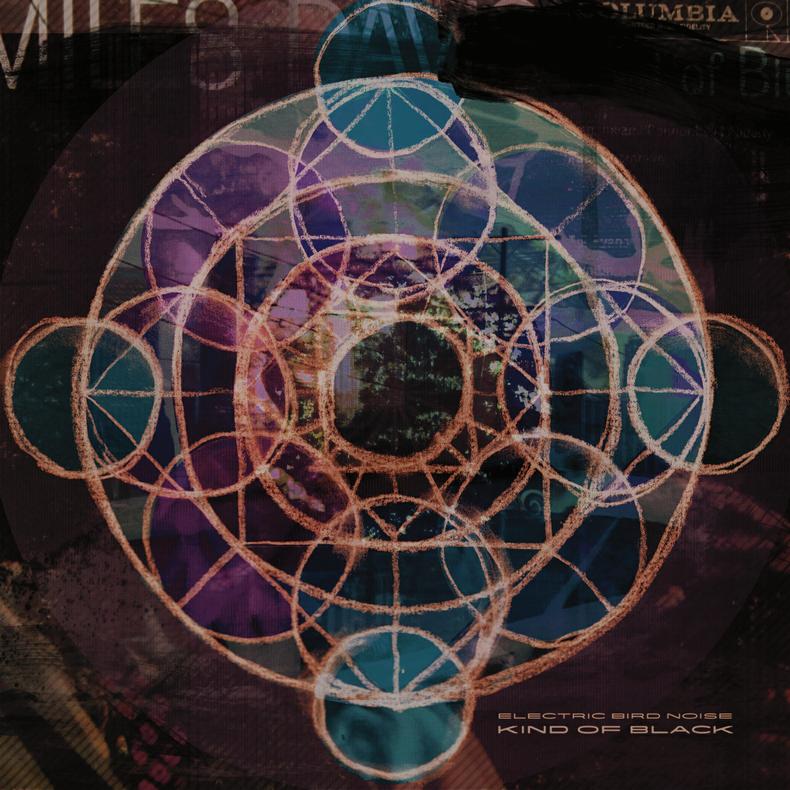 Electric Bird Noise’s follow up to last year’s Desert Jelly could not be more different from its predecessor. Whereas Desert Jelly was a varied set of Space Rock, Krautrock and early 80s Post-Punk and Synth-Pop, Kind Of Black consists of 11 solo guitar ruminations and soundscapes, or what Electric Bird Noise, which is South Carolina based musician Brian Lea McKenzie, refers to as “elevator music for art galleries”.

Most of the pieces are brief, in the 3 minute range, with track titles consecutively numbered – One, Two, Three, and so on. Tracks 1-8 seem to follow a theme of mostly pure solo guitar. The album opens with minimal patterns which are melodic and pleasingly dissonant. There’s a cinematic feeling of tension, conjuring up images in my mind of a Cabinet of Dr Caligari or some similar silent film soundtrack. This theme continues for the first few tracks before becoming dreamily surreal. Six continues though we start to hear what sounds like spacey Gothic synths accompanying the guitar. But this may be all guitar, as only guitar is listed in the credits. Seven returns to the feel of the first few tracks, but later gets wildly intense and eerily and lysergically surreal. Eight reminds me of Belgian guitarist Roger Trigaux, like a stripped down ethereal take on his guitar style (which I’m sure is unintended on McKenzie’s part).

The remaining tracks consist of spaced out soundscape explorations. Nine starts off dark and subtly sparse, suggesting cold, black space, but it’s also got trippy Psych guitar colorings too, soon developing into a swirling cosmic vortextual mass. At over 7 minutes this is the longest track of the set. Ten continues this theme. Eleven really does sound like synths and guitar, but I’m quite clueless when it comes to the technical aspects of instruments and always marvel at what can be accomplished. It’s pure sound exploration, with incessant pulsations, drawn out whining that sounds like cosmic whales singing, spacey horn blasts, and acidic feedback licks.

In summary, it took me a few listens to warm up to Kind Of Black, probably because Desert Jelly was still fresh in my mind. But I’ve heard enough Electric Bird Noise over many years to know that one should always expect the unexpected from McKenzie, and in terms of image inducing, aural canvas guitar meditations, Kind Of Black is an enjoyable, and perhaps even challenging listen.