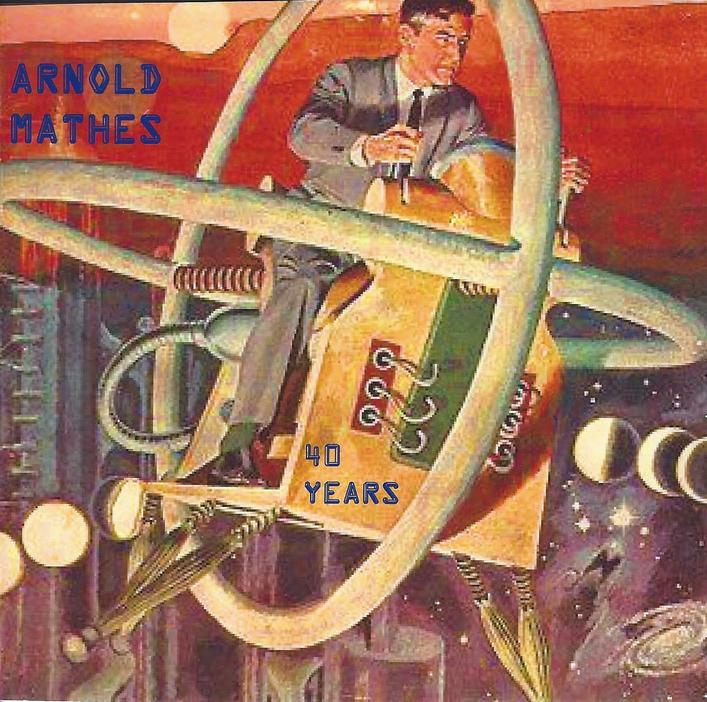 Mathes makes clear that we’re in electronic Space Rock territory right out of the chute with a world-of-tomorrow voice announcement that leads into a combination of Berlin school electronica, freaky Space-Rave and Hawkwind styled moments of synth domination. But there’s lots of variety as this is followed by the 10 minute Atmospherea, the first half of which is a deep space effects and atmospherics exploration with a sound sculpture experimental edge, which eventually morphs into a gorgeously celestial and rhythmic drift among the stars. Voyager is another lengthy piece that’s a cool grooving Neu!-ish dittie with a freakily efx’d edge, though it too shifts gears later into pure sound experimental electronica that is simultaneously fun frenzied and intense. This is followed by some shorter tracks that feature darkly symphonic sci-fi soundtracks, syncopated Space Rock, bouncy cosmic melodies and more. Other highlights include Mathes’ two track The Shadow Out Of Time, an electronic orchestral Space-Prog soundtrack inspired by H.P. Lovecraft’s story of the same name. And Ground To Air is like Vangelis at his most spaced out. A cool collection of deep space electronica and Space-Prog soundtracks for yet to be filmed sci-fi flicks.